The contest consisted of three preliminary rounds – ‘50s, ‘60s and ‘70s. Finalists from each preliminary round moved into the final round. A total of $10,000 in prize money was awarded to the winners:

Image One: The “Elvis Rocks Mesquite” 2017 Grand Champion, Robert Washington, performs on stage during the annual event in the CasaBlanca Showroom at CasaBlanca Resort Saturday, June 17. 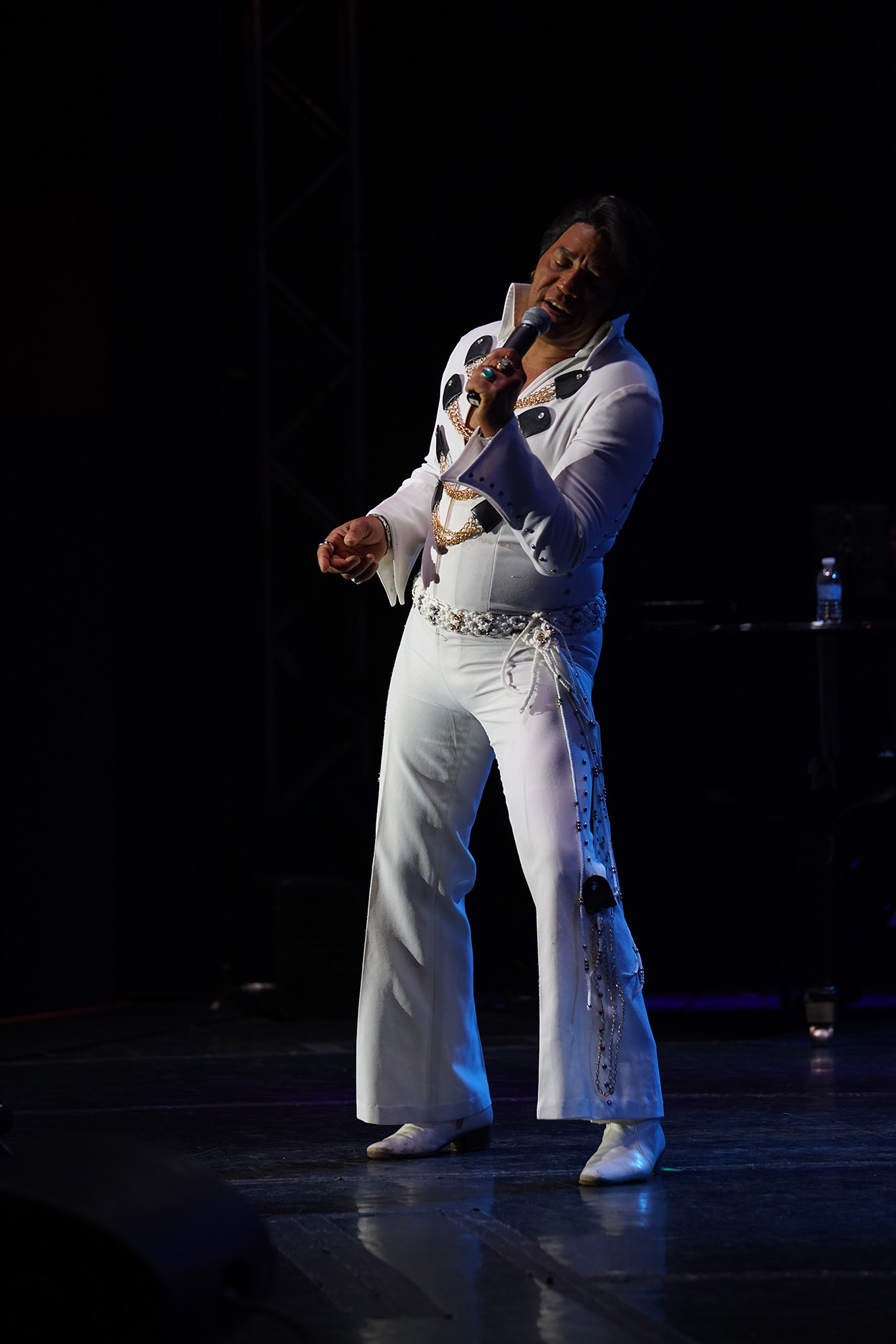 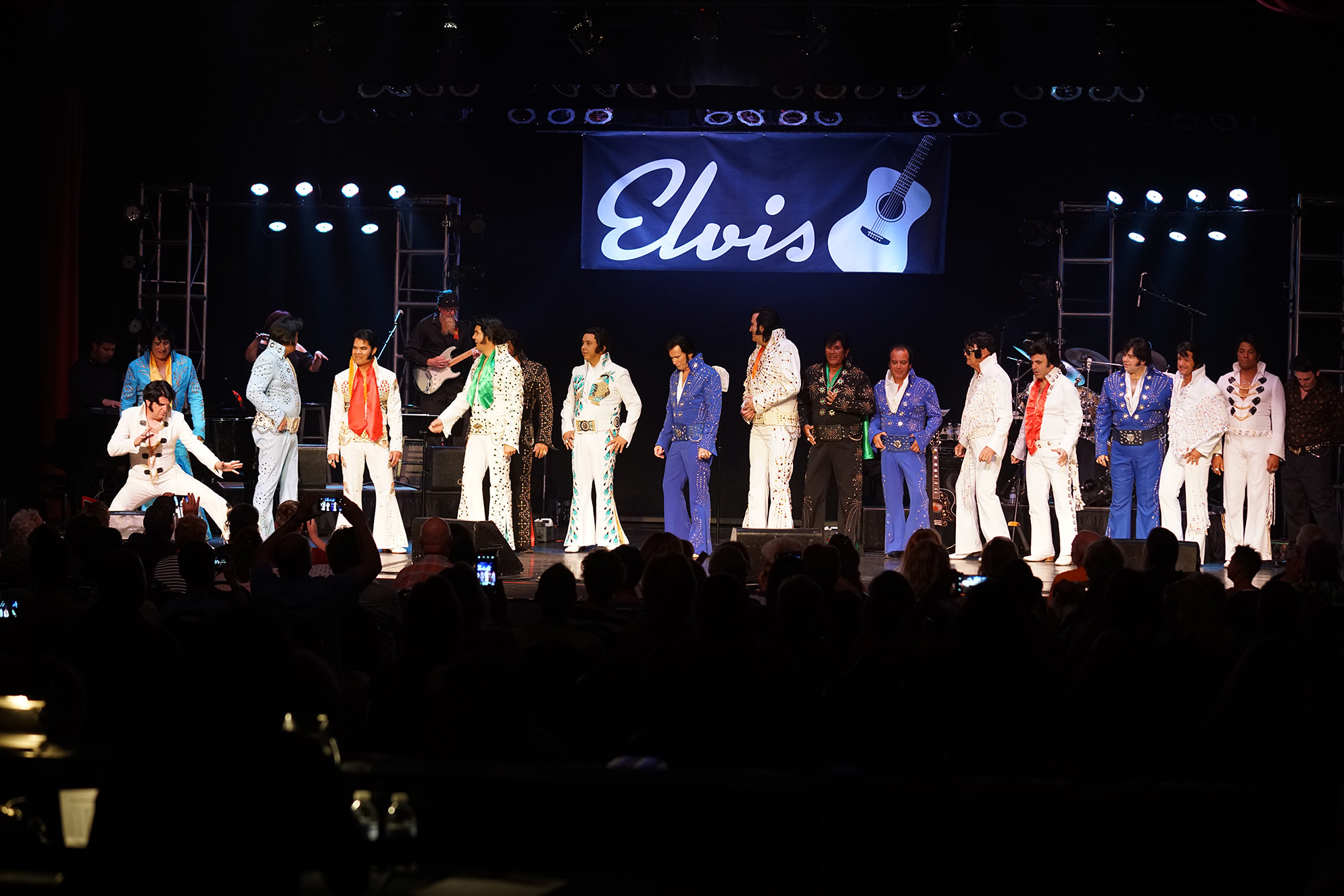