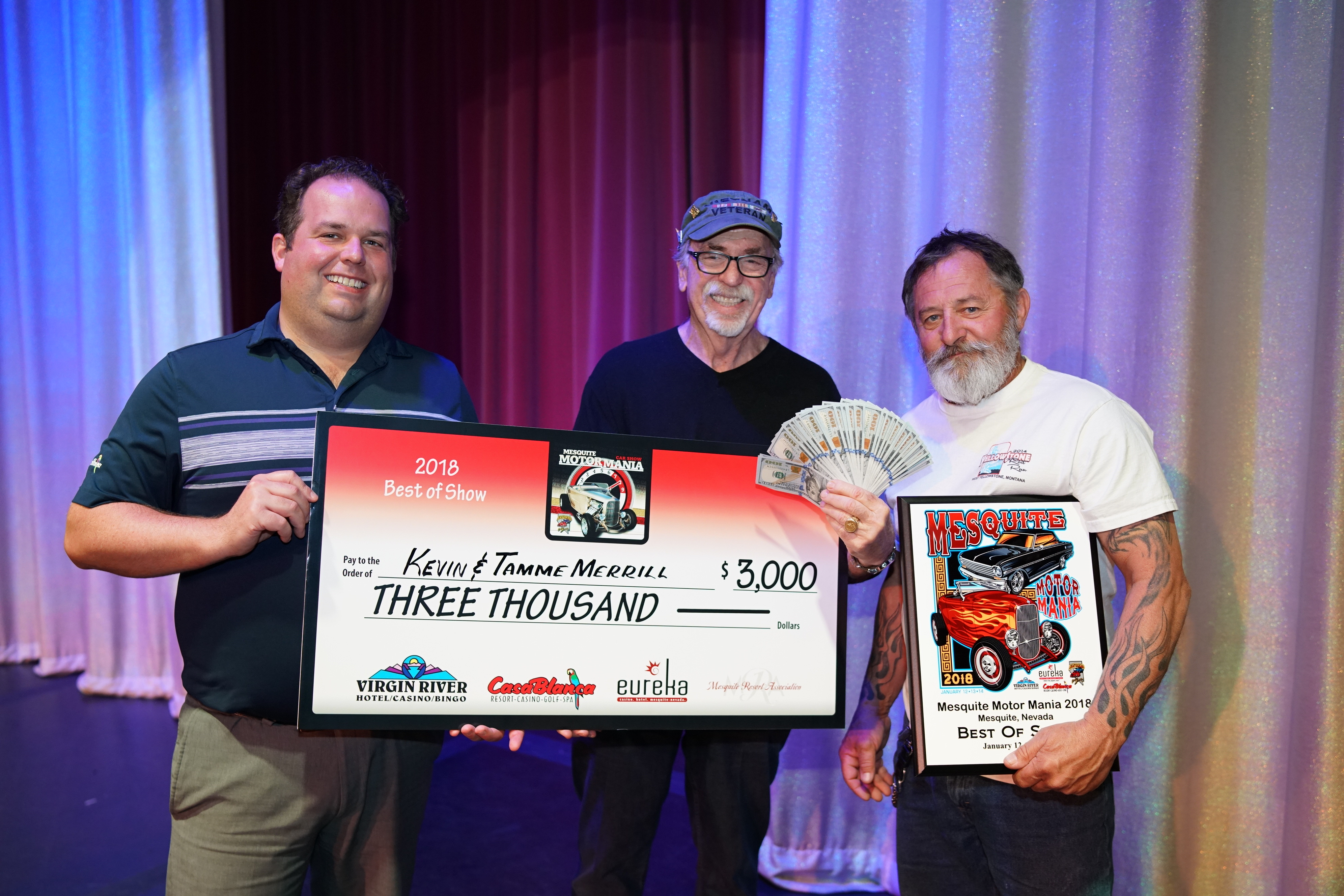 Mesquite, Nev. – For the past few days, the streets of Mesquite have been filled with the nostalgic sounds of roaring engines, the sights of custom vehicles and classic favorites and the feelings of the “good old days” during the 10th annual Mesquite Motor Mania. Mesquite Gaming, owner of Casablanca Resort and Virgin River Hotel, and the Las Vegas Cruisin’ Association, once again, partnered up for a rousing three days of non-stop fun and entertainment with nearly 900 participants and the largest crowds in the event’s history. More than 260 total awards were presented along with $15,000 in cash and prizes with Kevin and Tamme Merrill of Idaho Falls, Idaho taking home the top honors with “Best of Show” with a1940 Ford Pickup Truck.

“Our tenth annual Mesquite Motor Mania was, by far, our best evet yet,” said Christian Adderson, corporate sales manager for Mesquite Gaming. “We were thrilled to kick off 2018 with record crowds, exciting competitions and a whole lot of fun.”

Other top award winners for the 2018 Mesquite Motor Mania include: