17th Annual Mesquite Amateur Wraps Up its Five-Day Tournament on Friday, May 31 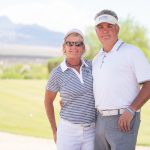 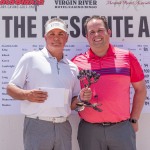 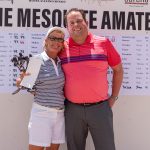 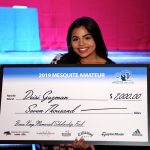 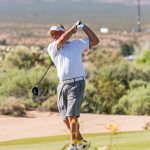 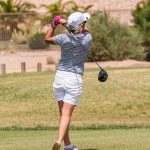 “This is my fifth year playing in the Mesquite Amateur and I keep coming back to develop friendships and meet new people from all walks of life,” said Daniel Monico, champion of the 17th annual Mesquite Amateur. “I would highly recommend playing in this tournament, there’s nothing better than desert golf.”

The 17th annual Mesquite Amateur ran from Monday, May 27 through Friday, May 31. The 54-hole event featured a full field of nearly 650 golfers who played on six scenic, award-winning courses in Mesquite, Nev. and St. George, Utah, including CasaBlanca Golf Club, Palms Golf Club, Falcon Ridge Golf Club, Palmer Course at Oasis Golf Club, Conestoga Golf Club and Coral Canyon Golf Club. The top 10 players in each of the 20 flights were awarded their choice of a Taylor Made or Callaway gift card, with the total prize pool summing $57,000.

“Winning this three years in a row feels so special and it’s incredible to win this trophy once again,” said Gigi Higgins, three-time low gross champion. “This is my seventh Mesquite Amateur and I can’t wait to come back next year for my eighth.”

After play finished on Monday, the annual Bruce King Memorial Scholarship was presented to a Virgin Valley High School senior. This year’s recipient, Deisi Guzman, was awarded the $7,000 scholarship on Monday, May 27 during the nightly recap presentation inside the CasaBlanca Events Center. The scholarship is awarded in memory of Bruce King, who participated in the first 10 years of the Mesquite Amateur before passing away in 2012. Each year, the Mesquite Amateur donates $2,000 towards the scholarship fund.

“With another year of the Mesquite Amateur in the books, we are proud to see the community come together once again, and we were fortunate to have 55 local volunteers come out and support this special event,” said Christian Adderson, tournament director for Mesquite Gaming. “Between meeting new participants from across the country, providing a local student with a college scholarship and five days of great golf, this event is one of the most rewarding of the year.”

For final round results and tournament totals, please visit golfgenius.com.